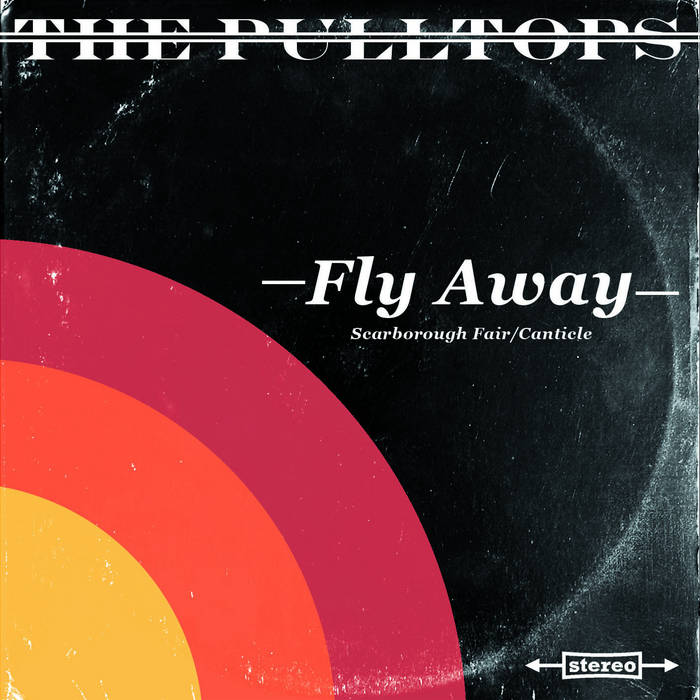 Fly Away exposes the more vulnerable acoustic side of this Power Pop trio, yet still retains their pop sensibilities with strong melodies and rich harmonies. The Pulltops have always focused their career on the combination of short and catchy pop songs with the longer and darker experimental side of album rock, while also adding in the variety of influences they have from the Country, Soul and Classic Rock genres.

These cover songs were from the very first recording sessions that became the birth of the band in late 2001. They were originally recorded as gifts for their family and friends, and not originally intended for public release.

"Fly Away" was written by their friends Michael Stuht and Cory Jacobson from the band Naych. The Pulltops and Naych played many shows together over the years. Mark performed "Fly Away" at his brothers wedding, and also recorded the song as a wedding gift.

Scarborough Fair was originally on a collection of songs they recorded as a Christmas gift for their families. Simon & Garfunkel are favorites of their parents, and often heard around the house growing up, so Mark and Tom did their best to remain faithful to the Simon and Garfunkel arrangement.

Now as the band finds themselves celebrating their 15th anniversary, they have decided to remix and officially release the songs that started it all.

Mastered in Toronto by Bryan Lowe at João Carvalho Mastering

© 2017 The Pulltops Music
All Rights Reserved